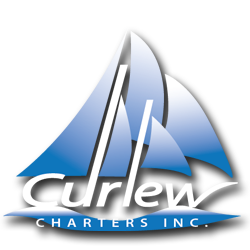 The well traveled Curlew was found to be in need of extensive repairs.
7

Sometime in the early eighties, as best we can ascertain, Curlew was sold once again to one Steven King, not the author, who we have been told, sailed her to Hawaii to do inter-island charters. We do know that in 1984, Curlew was sailed to Sausalito for the purpose of refitting the stern sections, replanking the topsides, and redesigning the interior for more privacy. King supervised the work done at the On Shore Marines large storage shed on Schoonermaker Point. Tom George, Shipwright, was the projector manager, who had had met King in Hawaii when asked to fashion a new boomkin in 1983.  In the late eighties  the well traveled Curlew was found to be in need of extensive repairs. As best we can tell she was taken to Bainbridge Island for repairs and was in the care of  Tom George again who had her in a Quonset hut on Bainbridge Island. The change of ownership from King is unknown.

In 1989 Pat and Marlene Russell came along and purchased Curlew and funded the completion of the work by Tom George. By late October, 1990, Curlew, after an extensive restoration, began her journey from the Pacific Northwest to Long Beach her new home. With a crew of four, including Pat, Bobby Wies, Marinus Middeldorp (Kiwi) and Sean Brennan, Curlew was soon sailing the southern California waters once again, stronger and more graceful than ever, and now meeting the stringent United States Coast Guard safety requirements for carrying passengers for hire. 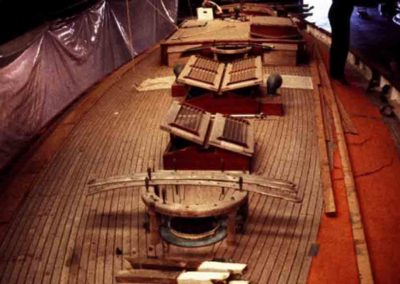 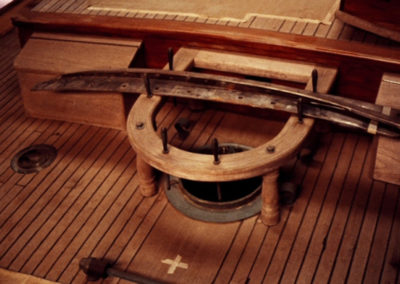 Along with a new home in Newport Beach CA, she underwent more interior changes. 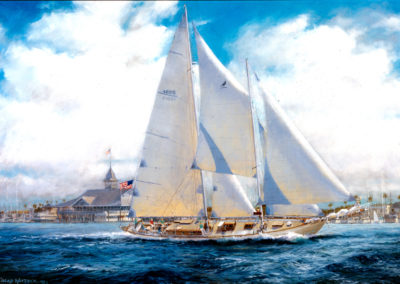 The picture above is of a painting that was commissioned by the Newport Nautical Museum for the exhibit, “Famous Yachts of Newport”. Image courtesy Marcus De Chevrieux, Curlew Crew 1990-2001 Copyright 1999 – Caleb Whitbeck, ASM